It's no secret that San Francisco lacks housing for all of those who want to live in this vibrant city.  That's where the San Francisco Shipyard comes to the rescue. This 758-acre  development project sits in the southeast corner of the city, in the headlands of Hunters Point. First developed as a shipyard in the 1860s, and used by the Navy as a shipbuilding center during WWII, the Shipyard no longer operated by the late 20th century. The current redevelopment and re-envisioning project has been in the making for over ten years. Careful consideration has gone into affordability, natural habitat restoration, and social initiatives that will benefit the community.

One goal of the Shipyard is 12,000 new housing units. As of this writing there are 88: 63 condos at Merchant, and 25  townhomes at Olympia. All are modern homes at price points virtually unheard of for new construction in San Francisco’s second-wave tech boom era. Both Merchant and Olympia feature Bay and city views, stainless steel kitchens, sustainable flooring, dedicated parking, and a complimentary hourly shuttle that can take residents to Caltrain, SOMA, the Mission, the Financial District, and BART. Merchant features living exterior walls and intelligent, artistic use of reclaimed materials.

And the Shipyard’s forward-thinking approach doesn't end with housing. An $82.84 million Community Benefits agreement in place between the developers and the city means the project will develop parks and 300+ acres of open space with an eye toward native habitat restoration. Also to be included are revamped artist studios and an emerging green business incubator, as the area has long been home to creative-types. An International African Marketplace will celebrate the neighborhood’s African-American heritage. Scholarships and educational programs, health and wellness programs, job training, and a rebuild of a neighborhood public housing development round out the civic investment the project is making. Developers are also looking to bring commercial space to the site so that residents can enjoy dining, retail, and services right at home.

Energy sustainability is at the forefront of the Shipyard project too. Investments will be made in both solar and wind technology. Native landscaping, rainwater collection and re-use, and LED streetlights are also part of the green design plan.

Interested in an affordable Bayside condo that’s on the forefront of holistic development practices? Want sleek modern design and a home that matches your values? You can have it all at the Shipyard.  Contact us and we’ll tell you more.

Though not guaranteed, information and statistics in this article have been acquired from sources believed to be reliable. 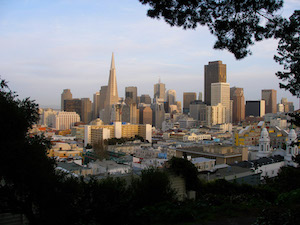 San Francisco sits on California’s central coast and is the state’s fourth most populous city. Mid and High Rise condo buildings are common here, because of the restricted land space. Built on the site originally developed as the San Francisco Shipyard in the 1860s, Merchant is part of the sustainable urban design movement. Living walls and repurposed materials grace the exterior of these modern condos, seamlessly blending aesthetics with values. Enjoy over-size windows and a large exterior courtyard where you can take in panoramic Bay and city views. Merchant is sleek, modern, and high-end, yet these condos were designed with nature in mind. 330 acres of the Shipyard ...

Built on the site originally developed as the San Francisco Shipyard in the 1860s, Olympia is part of the sustainable urban design movement. The Shipyard project aims to preserve 330 acres as open space and to initiate wetland habitat restoration initiatives.

Information Deemed Reliable But Not Guaranteed. The information being provided is for consumer's personal, non-commercial use and may not be used for any purpose other than to identify prospective properties consumers may be interested in purchasing. This information, including square footage, while not guaranteed, has been acquired from sources believed to be reliable.